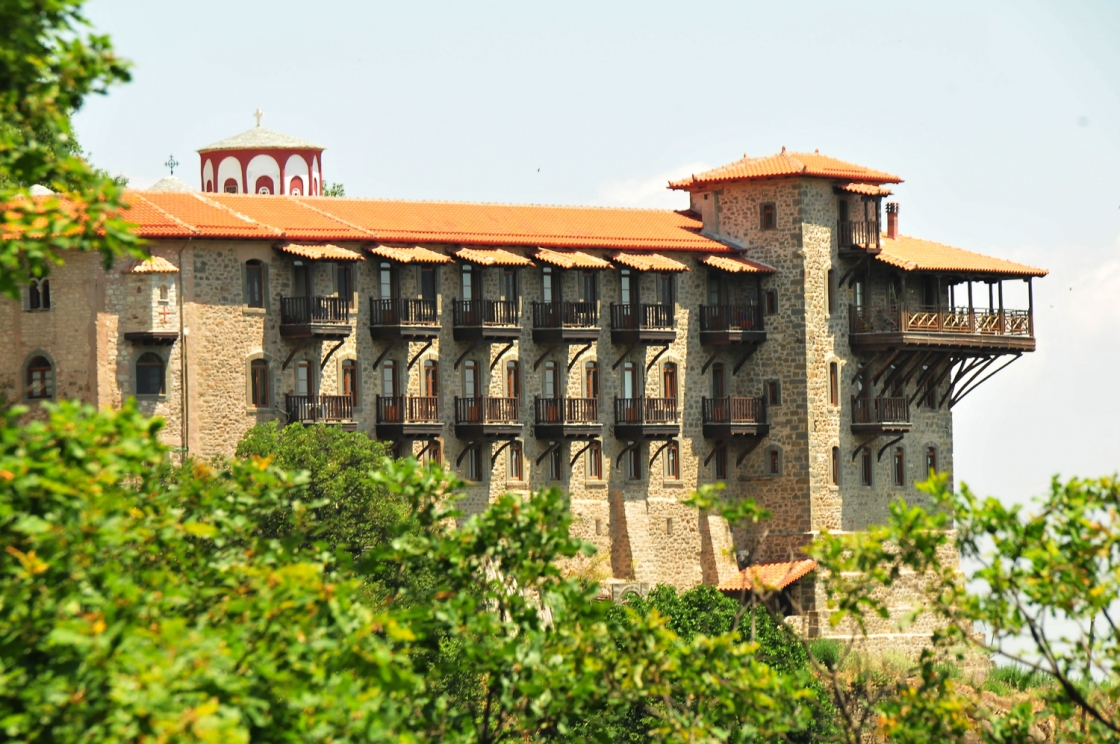 The Monastery of Koronis was named after the place where it is located, like Korona, that is, gazing from above the fertile plain of the Thessalian land from a height of 800m. and is situated next to the eastern side of Lake Plastira. The monastery was built by the Emperor John Komnenos II, at the beginning of the 12th century, when the miraculous icon of the Virgin Mary of Koroni was miraculously found. The Monastery is next to the village of Mesenikolas, which is 22 km away. from the town of Karditsa.