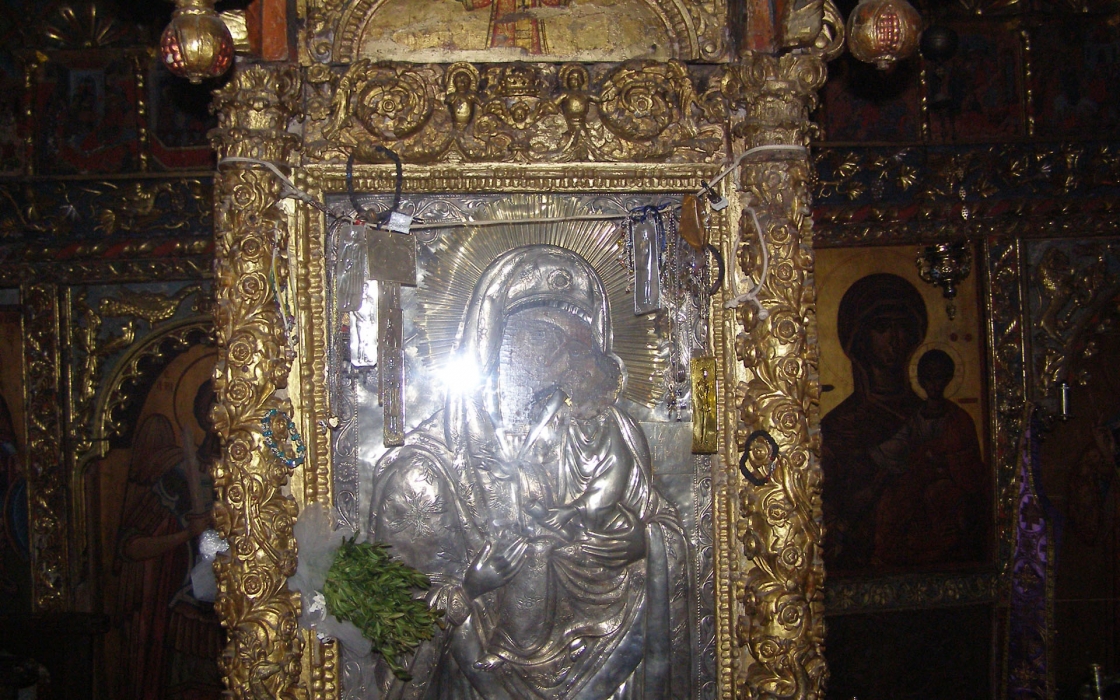 The Monastery of Petra is about four km northwest of the village. Shelter of the municipality of Itamos, specifically on the road that leads from Kataphyi to Aghios Athanasios of Lampero. Its name is due to a very large rock that falls sharply in the green of a large forest area, while at the same time it creates a straightening, on which the monastery is built. At the foot of almost this rock, to the east, a large natural cave is formed, where only there are carving points at its entrance. There, according to the tradition, shepherds of the region experienced the elaborate miraculous icon of the Virgin Guidance, the work of Evangelist Loukas. The 1553 Shelter's Stone Monastery is an impressive stone-built church in which wall paintings dating back to 1625 have been successfully preserved. Next to the katholikon there are the remains of 80 two-storey cells and underground warehouses that were destroyed in 1968.